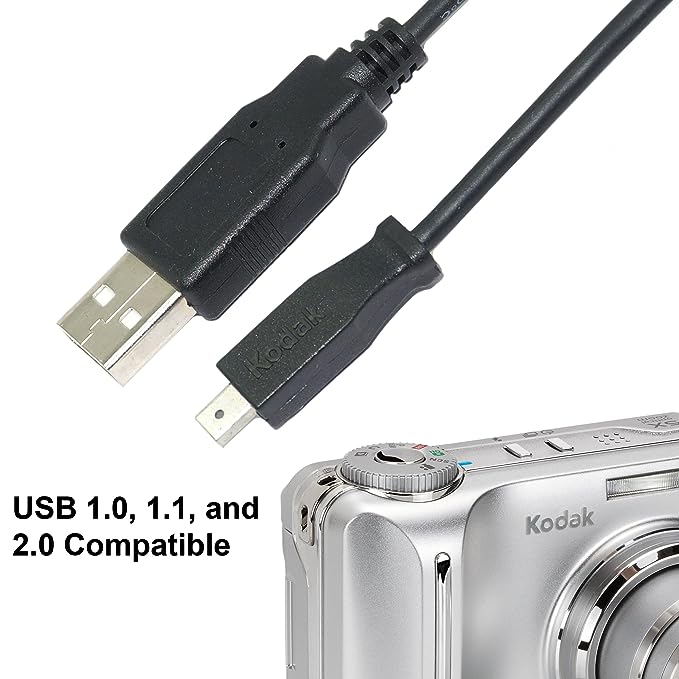 Leica geo office data download software mac os x. With megapixels becoming less and less relevant as cameras improve, companies continue to look for new ways to differentiate their products. One popular method is slapping in a larger than normal zoom lens, and that's exactly what Kodak has done on the EasyShare ZD710. Sporting a 10x optical zoom along with manual features, it is a decent option for people looking to experiment a little more with their photography; however, there are some image quality issues which stop it from being all it could.

Our primary problem came with the camera's automatic exposure adjustment. Whether we had it set on aperture or shutter priority, or even just regular automatic mode, many of our indoor shots turned out somewhat underexposed. They were also extremely over sharpened with many edges coming out with far too much strength and definition. It's easy to think that it's impossible for shots to be too sharp, but it is more common than most people think and lends them quite an unrealistic feeling. We were able to correct this issue quite well increasing the exposure a few stops or using the full manual mode.

We ran our usual imaging checks using our Imatest software and other test shots, and aside from the aforementioned problem, the ZD710 performed relatively well. When over sharpening wasn't a big issue, our pictures were quite crisp, and although the camera's score of 1429 is a little behind some competing 7.1-megapixel models, it was adequate.

Colour response was good, with rich primary colours that had quite a smooth look. At times the white balance seemed to be a little off, with some shades of blue showing a few too many hints of grey, but this wasn't really problematic. The camera achieved an Imatest result of 7.7 in this area, which is a very solid performance.

Image noise wasn't much of an issue, despite the Imatest score of 0.96 per cent at ISO 100 which is a touch on the high side. Our shots did exhibit a little grain, but it wasn't noticeable unless we viewed them close up. Noise scaled well as we increased the sensitivity and while a little clarity is lost thanks to noise reduction algorithms, pictures are usable up to ISO 400.

Chromatic aberration, however, was an issue. Our snaps exhibited some fairly prominent haloing in areas of high contrast and a lack of clarity towards the edges of some frames. Imatest corroborated this, giving the unit a score of 0.186 per cent, which is one of the highest results we've seen in a while.

Another issue we had with this model was its speed. It exhibited a 0.09-second shutter lag, which isn't bad on its own; however, the shutter button doesn't properly depress halfway like on most other units, which adds a further half a second or so. Similarly, shot to shot time is relatively quick in many situations, although often we had a 'processing' screen pop up while the camera apparently processed the previous shot, and this could take anywhere from one to three seconds. The big zoom also resulted in a slow startup time of about 3.2 seconds.

As an advanced camera the feature set is fairly robust, offering aperture, shutter and program priority as well as manual mode. ISO sensitivities extend to 1600 and there are white balance presets but no manual mode. The burst mode belies the sluggish performance in other areas, capturing a speedy three frames per second. Digital image stabilisation is present, but as usual we'd recommend steering clear of this as it operates by increasing the sensitivity, leading to noisy pictures.

The unit's design is fairly standard for Kodak's advanced cameras, with a jutting right-hand grip and large lens barrel. It is built almost entirely from plastic and while it feels decently solid, it isn't going to stand as many knocks as its tougher metal compatriots.